Ravis Howland is a sophomore at his top-tier college, pledging one of the most exclusive fraternities on campus. He and his friend Caleb attend the last night of hell week, a final round of intense hazing led by frat stars Mike, Nate, and Brian, the president of Kappa Chi.

The fraternity leadership puts the younger members through several grueling trials of intense drinking and physical torment over the course of the night. Eventually Caleb and Travis take a break, heading upstairs, where Caleb admits he has doubts about pledging. Travis shrugs them off and exits to the balcony to relieve himself.

It is revealed, jumping forward in time, that something went horribly wrong that night, that Mike, Nate, and Brian face legal repercussions for hazing, and someone wakes up in the hospital to a concerned doctor. The school faces scrutiny for the risk fraternities pose to students, and Brian’s dad fights for the frat to remain active on campus. It’s clear that, whatever happened, it resulted in the chapter’s expulsion.

Flashing back to the party, Lucas, another frat boy, leaves the party to smoke outside, and comes across Travis’ limp form, fallen from the balcony above. Lucas and Brian carry Travis inside and set him on the couch, despite Caleb’s wishes that they take him to a hospital. The next morning, the frat members are horrified to discover Travis’ condition intensely worsened, and call him an ambulance.

The rest of the film delves into Travis’ past, how he might not be so innocent himself, and how what happened that night might not have been accidental at all. 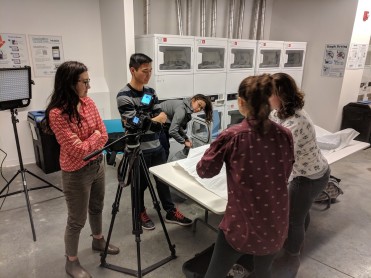 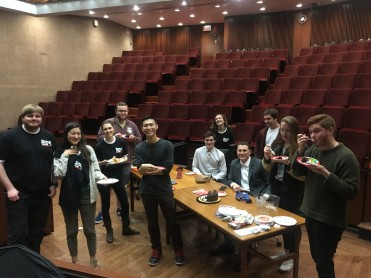